Trump Banning TikTok in the US? | TikTok Banned in the US 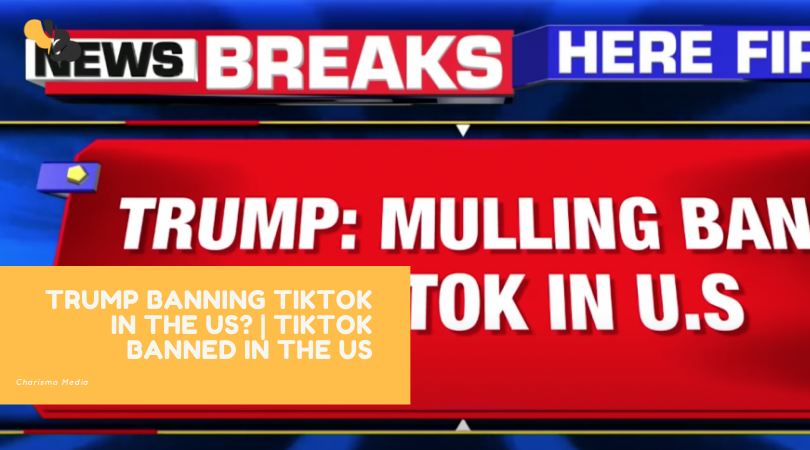 TikTok – the Chinese-owned social media app currently used by over 100 million Americans and most popular among the Gen-Z, has long been besieged by privacy concerns.

The executive order, which takes effect 45 days from the announcement date, prohibits any person or US company from transacting with ByteDance (TikTok’s Chinese parent company).

Even though the banned transactions’ nature isn’t precise. It’s a move that could potentially affect Apple’s App Store and Google’s Play Store, which distribute the popular software in the US. In addition, it could make it illegal for companies in the US to purchase advertising on TikTok.

If implemented, the decision would have immediate and long-term effects for ByteDance, their American consumers, the US-China relations, and the broader conflict over the future of the internet.

Donald Trump issued the executive orders under the International Emergency Economic Powers Act (IEEPA) – a law that allows the president to control international commerce after declaring a national emergency in response to any extraordinary or unusual threat to the States.

He claimed that mobile apps owned and developed by Chinese companies continue to threaten the US’s economy, foreign policy, and national security.

In the orders, Trump gave TikTok until September 15 to find a buyer or face the risk of being banned. At the moment, it’s reported that Microsoft has entered into a discussion with ByteDance to purchase part of the business.

Many people are primarily concerned about what the restrictions will look like and the kind of impacts it’ll have.

While you think about that, below are some fundamental topics to consider:

WHY IS PRESIDENT TRUMP BANNING TIKTOK IN THE US? 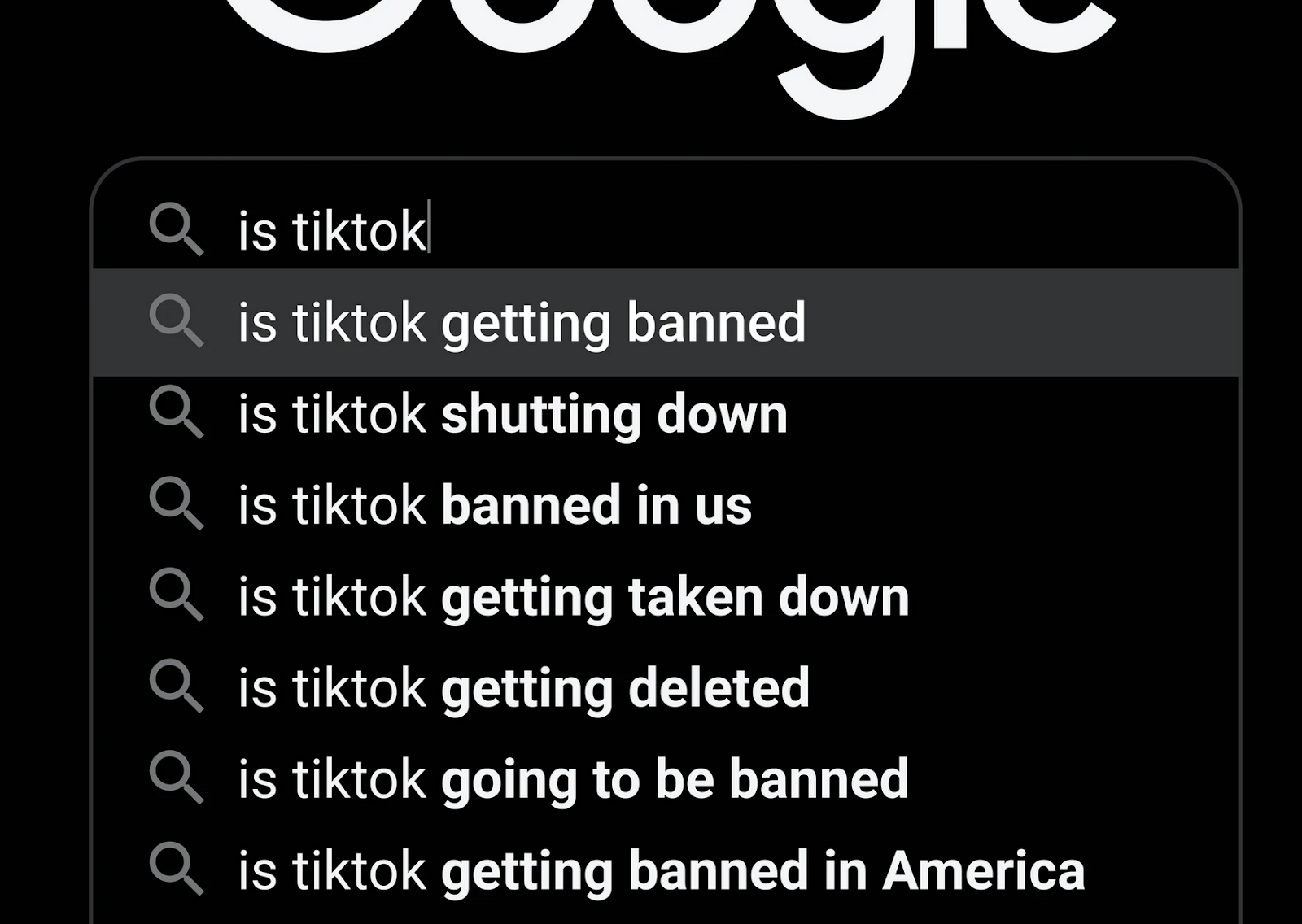 The executive order from Trump argues that TikTok should be banned from the US market because of national security concerns. However, the order doesn’t appear to address traditional issues of national security, such as access to classified information on intelligence systems and weapons. Instead, the security concerns are majorly around data privacy and data security.

TikTok is a social networking application for producing short video clips, and just like we mentioned earlier, it’s particularly common among the Gen-Z and used by over 100 million Americans.

TikTok collects massive data on its users, and the US is primarily worried that the Chinese Government will be able to access this data using Chinese VPNs and leverage it for blackmail or espionage. The US government is also concerned that the app censors political speech and could be easily used to spread misinformation.

Under the hood, there could be several other contributing factors behind theTrump’s action against TikTok. For instance, the move is a major escalation in the ongoing global tech war and tensions between China and the US, building on the US action against companies like ZTE and Huawei. The US action against China also suggests some officials’ quest for greater reciprocity in the China-US relationship, since many US tech firms can’t operate freely in China.

DOES TRUMP HAVE THE POWER TO BAN TIKTOK FROM THE US?

Essentially, there are two major avenues that the US administration could use to limit the operations of foreign companies in the US to tackle national security issues.

The first avenue is the Committee of Foreign Investment in the United States (CFIUS) – an interagency committee that can review, block and compel divestment in foreign acquisitions of the US businesses. TikTok entered the States when ByteDance purchased the musical.ly and rebranded the app. Since late last year, TikTok has been under CFIUS review. In recent weeks, there was increasing suspense that CFIUS would order ByteDance to sell TikTok, and Microsoft would likely emerge as the buyer.

President Trump, however, didn’t issue a CFIUS order but an IEEPA order – the latter is designed to allow authorities to respond to global security concerns, as long as the actions are closely linked to a formally declared emergency. In this case, the TikTok order takes a prior announcement in May, on “Securing the ICT and Services Supply Chain ”as the basis for action.

Acting through IEEPA allows the US governments to compel divestment and block future transactions with US citizens. They’d likely use the IEEPA policy because it has a broader jurisdiction and allows them to intervene in any capacity. Although, the decision will likely lead to some further debate on the need to reform IEEPA, rein in this presidential power, and also avoid its abuse. Over the past decades, presidents and authorities have turned to IEEPA to implement foreign economic policies that go beyond the scope of any congressional reviews. The banning of TikTok in the US will likely ignite some renewed interest in this question.

WHAT IS LIKELY TO HAPPEN? 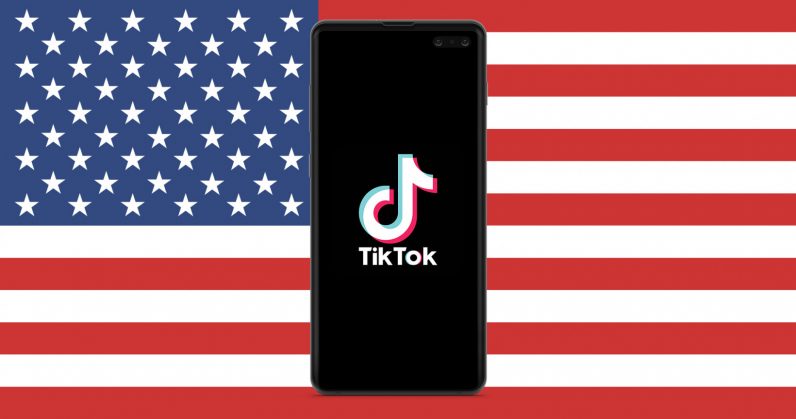 One of two things can happen. Microsoft (or any other US company) would acquire TikTok, or it’ll seemingly be banned from the US (despite the questions raised about this option).

Following the recent reports that TikTok is moving its global headquarter to London, ByteDance announced the launching of a new data center in Ireland.

President Donald Trump mentioned that when TikTok is finally acquired, a substantial payment will be made to the US Treasury. Microsoft stated that they’d move quickly to drive discussions with ByteDance, in a matter of weeks. They also look forward to continuing the discussion with the US government (including the Government) during this process.

It’s also good to note that Microsoft isn’t the only US company running to acquire TikTok. Reports have it that other US companies are seeking to buy the app as well. Though, the company names haven’t been provided.

On another note, Peter Navarro (The White House Adviser) believes that the purchase of TikTok won’t be a wise decision because the US would have to offer billions of dollars to have TikTok operate on the US soil.

He believes that the US government, just as it has done with other Chinese companies in the past, could legally separate TikTok from ByteDance. But, such decisions would be politically troubling and wrong. Unlike Huawei, which has been charged with issues of conspiracy and racketeering, the allegations against TikTok aren’t so clear.

In an interview with Fox News, Mike Pompeo (the Secretary of State) stated that Chinese companies doing business in the US allow the Chinese Communist Party to access data like facial recognition patterns, information about phone numbers, friends, residence. He mentioned that these are genuine national security issues that demand urgent attention.

If TikTok becomes banned in the US, a lot of other Chinese investors looking to enter the US market might soon become reluctant.

Although, TikTok has denied all accusations and stated that they’re committed to protecting users’ safety and privacy. They’re continuously working to bring meaningful careers to those who create on the platform and bring joy to families. They told regulators and users that they have never censored content or shared user data with the Chinese Government.

The company also reported that they’re shocked by the executive order issued by the US government without any due processes. TikTok claimed that for nearly a year, they’ve sought out to engage with the US government to honestly proffer a constructive solution to the issues that have been expressed. However, the US administration paid no attention to facts, formulated the terms of agreements without following recognized legal practices, and tried to stand as middlemen in the negotiations between private businesses.

From all indications, TikTok is ready to pursue all remedies to ensure that the rule of law isn’t discarded and that the company (plus its users) are treated fairly by the US courts – i.e. if the US administration fails to do the right thing.