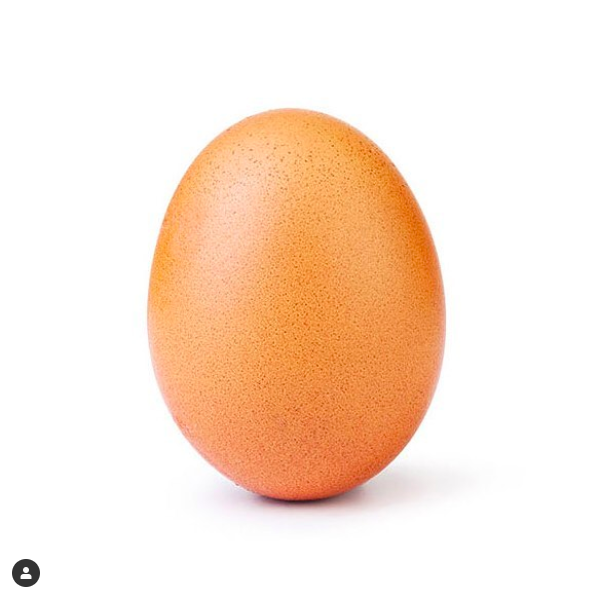 Meet the Egg that broke Kylie Jenner’s World Record for the “Most Liked Photo on Instagram”. A photo of an ordinary free range brown egg has taken the crown from the Queen of Instagram herself.

At the beginning of the new year, this account was created with one simple mission in mind, to take the place of the most liked photo on Instagram from Kylie Jenner. This account made one post on January 4th of 2019 with the caption “Let’s set a world record together and get the most liked post on Instagram. Beating the current world record held by Kylie Jenner (18 million)! We got this.” 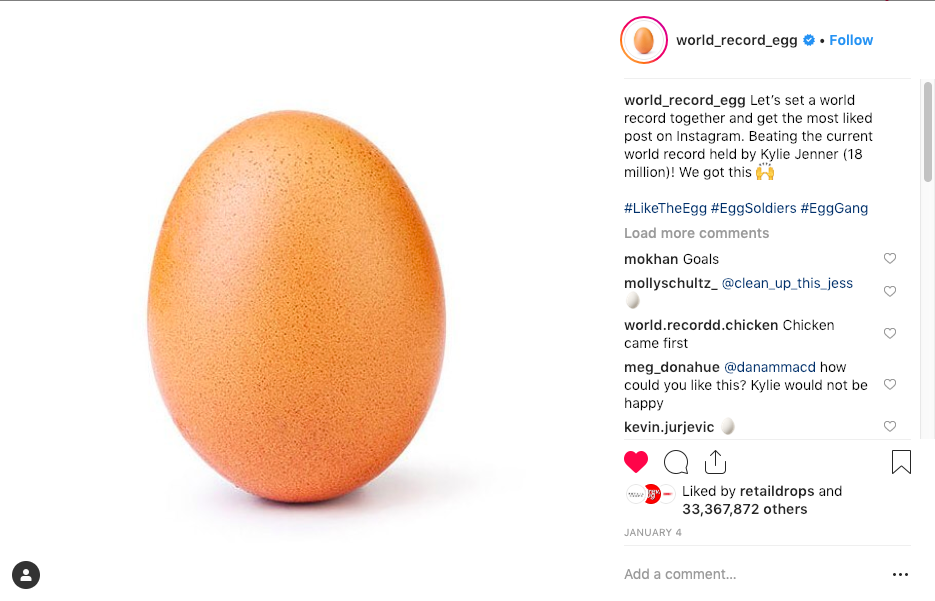 This account was a direct shot at Kylie Jenner’s ego. After all, how could the queen herself, the icon of young beauty, be beaten by an ordinary egg?

In the post, the Egg refers to the previous record holder which was a photo of Kylie Jenner’s new daughter Stormi Webster on February 6th, 2018. This post had over 18 million likes, which surpasses all of Kylie Jenners previous post by millions. 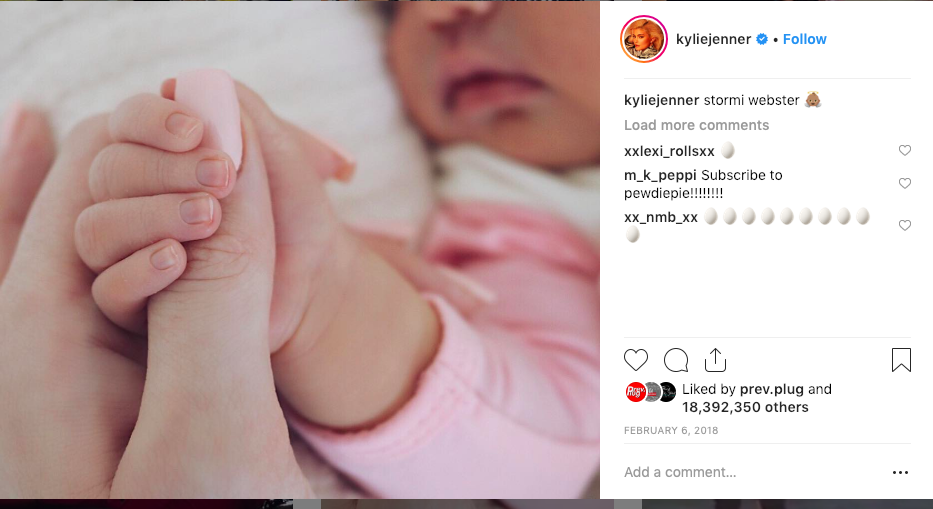 This egg did more than just fry Kylie’s post, it hard boiled it! The egg has almost doubled the number of likes that Kylie’s post has gotten and more likes are coming in every second. It’s no yolk that this egg has absolutely scrambled the Queen of Instagram. Kylie even posted her own clap back video in response to the Egg. 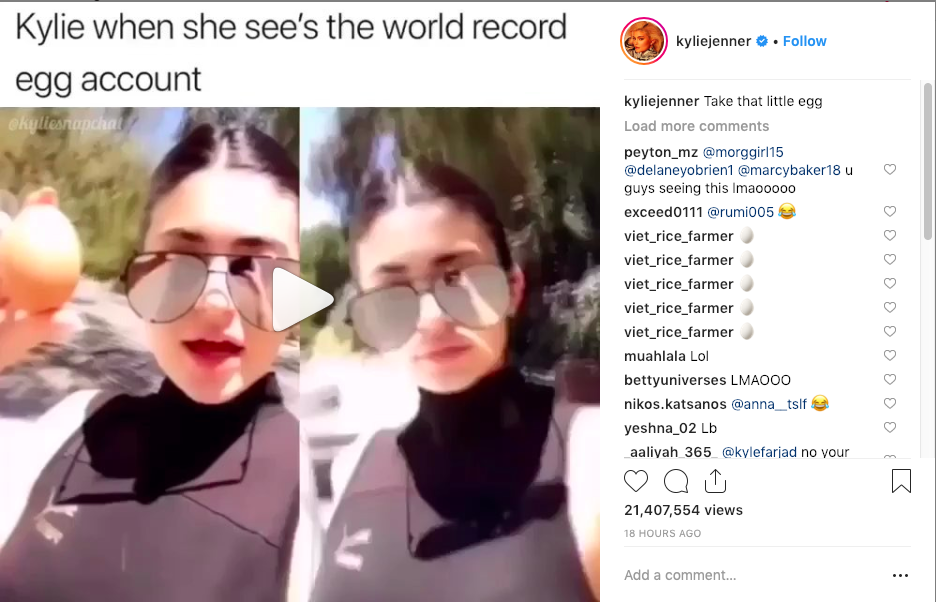 In the video, Kylie attempts to fry an egg on the hot concrete. This just goes to show that Kylie at least has a sense of humor, being beaten by the egg and still able to come back with a funny video just proves that. However, this egg was really taking a shot at Kylie. Essentially the entire premise of the account is to steal the World Record away from her, does this mean that those that are participating are liking the image out of spite? Just to take Kylie down one notch of her high horse? Who’s to say, the account owner remains anonymous and has yet to post again.

This story has been getting a lot of press, showing up on CNN, Fox News, and many other major media channels. The egg is the talk of the town! However, where there are vast amounts of attention there will always be copycats. Instagram accounts have already started popping up that mimics the World Record Egg entirely. Here are a few that we found: 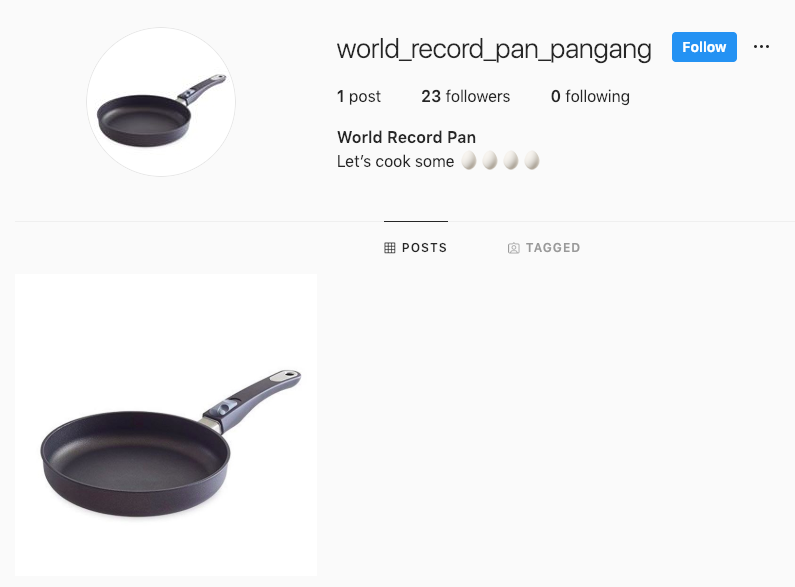 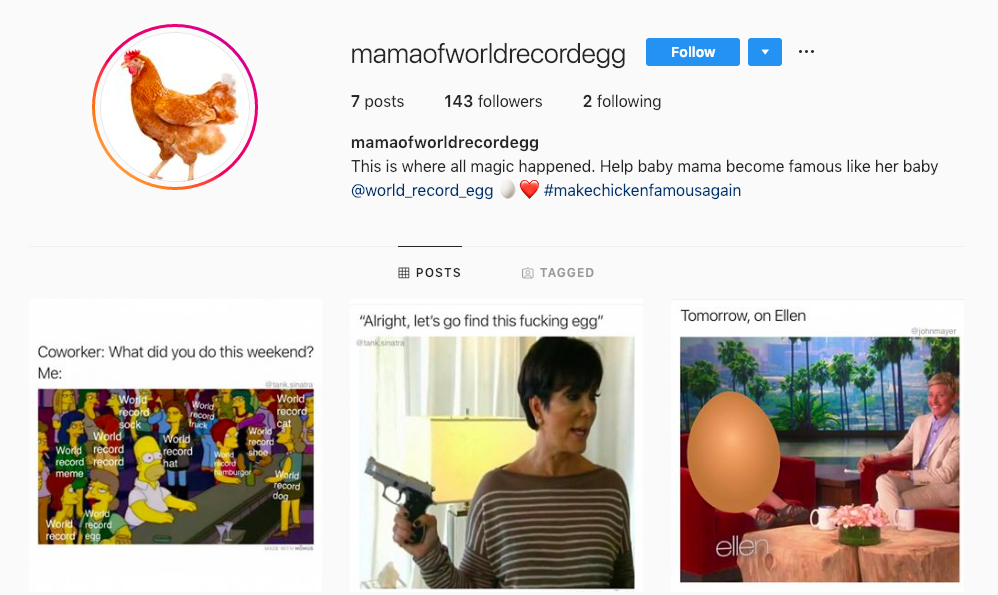 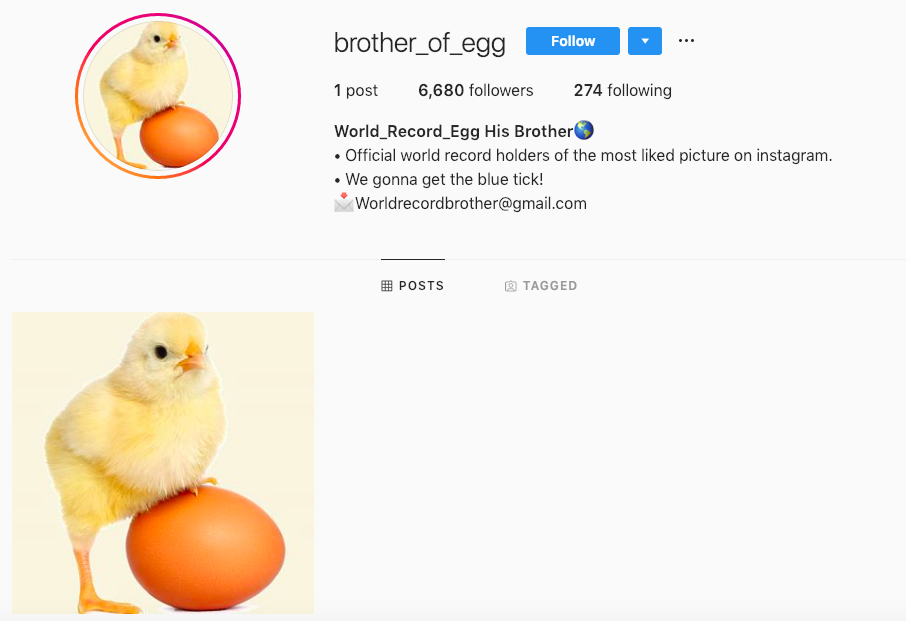 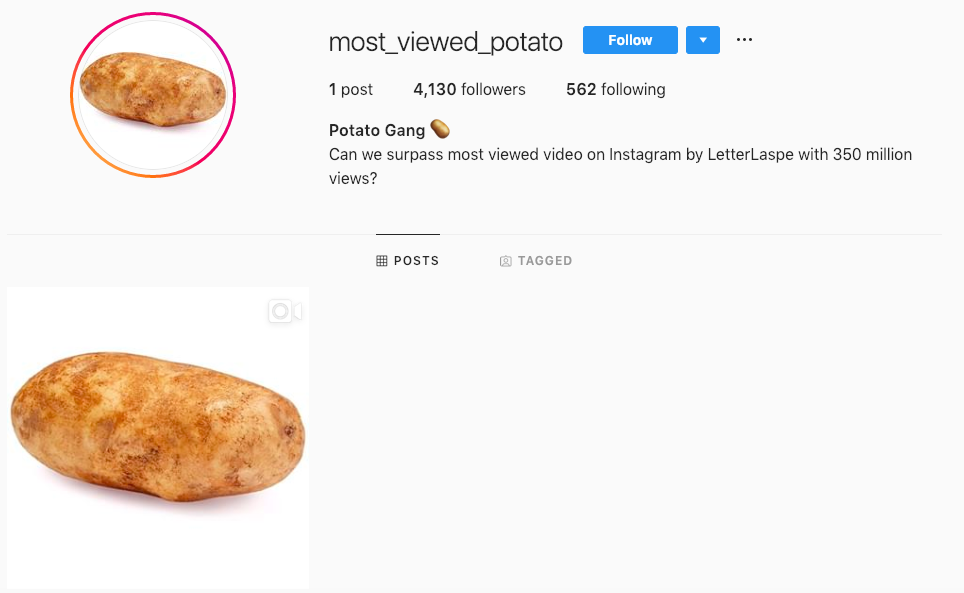 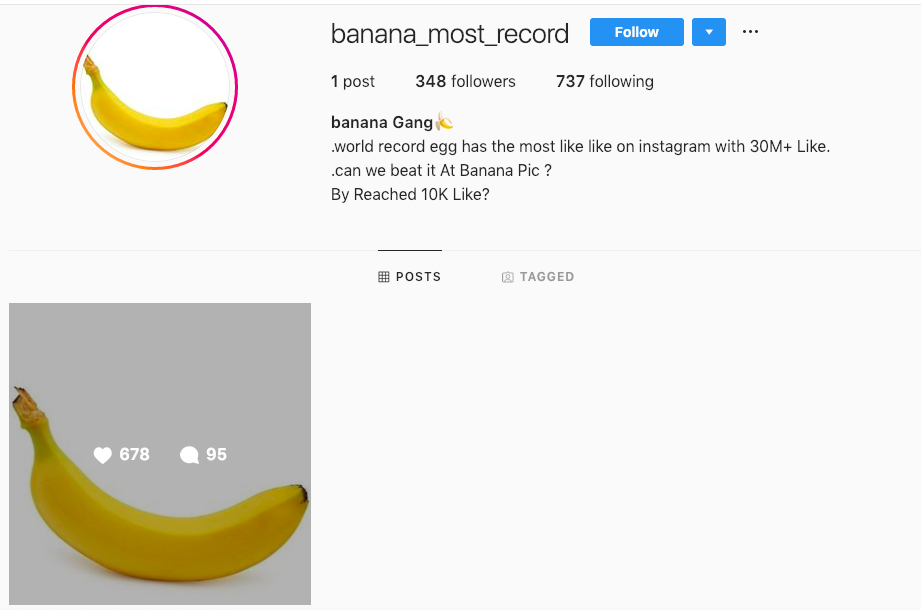 All of these accounts use the same basic principle in order to try and catch some of the tail ends of the hype around the egg. However, people’s attention is very short. It’s my prediction that this story and the egg will be old news in about a months time. 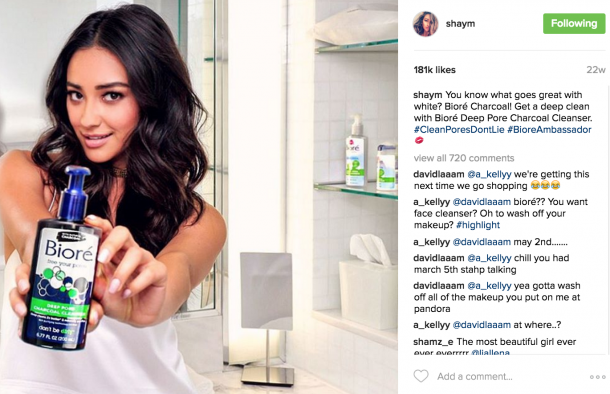